A mango is a type of fruit which is sweet in taste. This tree of mango is mostly cultivated in the Tropic regions and it is harvested in the month of March that is in summer season and the summer season is the season of mangoes in which there are many different types and varieties of mangoes are riped and these are usually till the end of May after that this mangoes season ends and there are no mango fruits are seen on mango trees.

Mangoes are widely exported in India and as well as in Pakistan and mango fruit is the national fruit of India and it is also referred as the king of fruits.

At the start, the mango fruits taste bitter but after the opening of the fruit and get their color the taste is very sweet mostly ripened mangoes are yellow in color and the mangoes which are raw are green in color and they are referred as Kairi. 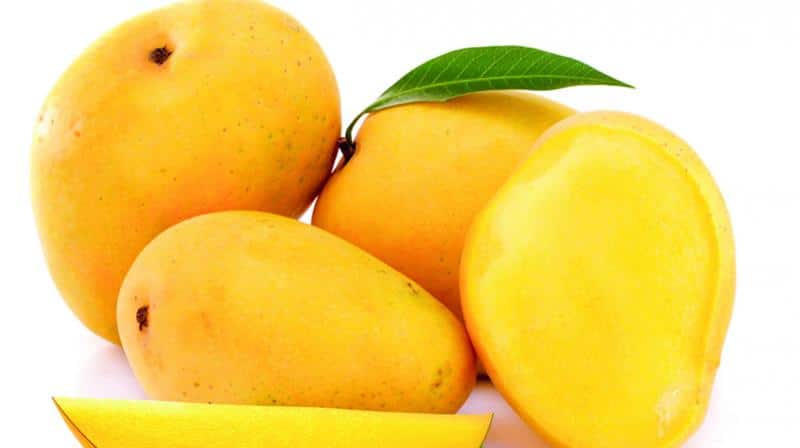 These crops of mangoes are been protected very safely as they get fungal disease very quickly and farmers have to protect their crops all through this season. Mostly in Asia about Alphonso mangoes are the variety of mango are being mostly eaten. As mangoes are very sweet to eat and they are also very soft so people usually like to eat it directly by cutting the skin of the mango and eat it. The raw mangoes are used for making Chutneys and pickles and also many people like to eat it raw with salt and some Chilli on it.

Mangoes are also used for making mango Lassi mango shake and the most popular Aamras is made by mangoes it is widely famous in all over India.

Through mangoes, people make murabba which is a fruit preserver which is sweet in taste and the delicacy of mango and many powders like amchoor are also made by mangoes. As mangoes are very sweet in taste they are eaten widely by the people in their season.