The make in India campaign is an initiative for all the multinational companies and as well as the domestic companies to make their product in India which will make rice in the economy of India.

Make in India campaign was launched by the prime minister India Mr. Narendra Modi on 25th September in 2014 at the Vigyan Bhawan which is present in the New Delhi the capital of India.

AIM OF MAKE IN INDIA The main aim of making in India campaign was to make India as a world level manufacturer of various products which will increase the economy of India and also increase the number of employees to the individual and decrease the unemployment.

Another meaning of make in India campaign was to increase the number of foreign Investor by providing the opportunity of investing in business in India which will boost the various business presence in India.

Another name of make in India was to decrease poverty by the means of providing a better employment to the individuals and helping them in creating a better future.

The Prime Minister Narendra Modi Associate to the investor that it doesn’t matter from which country you are how you are going to sell your product and you have to manufacture your product in India.

The main aim of making in India was to provide opportunities to both the investors and also to the individuals of India which will increase the economy of India. 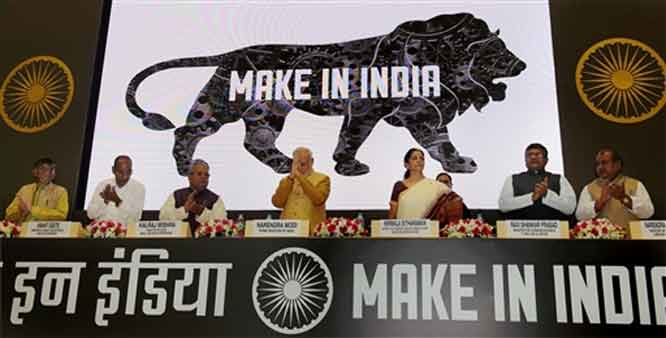 The making India was an important step in developing the economy of India as it has played a vital role in attracting the foreign investor in the domestic as well as international business is which has increased the several states of India. It was a very important step which should have been taken previously but at anyhow it is giving benefits to India.

It has also increased the literacy in the people of India as due to the source of employment the individuals have learned the importance of education and are in the process of Getting the rich education so that I can get a good employment to make the present and future better.

The make in India campaign is for developing the economy as well as the infrastructure of India and making India world class manufacturer of products which will improve the life of the individuals living in India and also increase its value.

It was and the campaign of opportunities which were provided to both the investors as well as the individuals of India who are going to work in the process of manufacturing. The make in India campaign has also increased the capital of India and provided I use. For the development of the country.

If you have any other Questions related to Essay On Make In India Campaign, you may ask your Queries by commenting below.