There are many seasons in the world as the earth revolves around many seasons as there are summer season rainy season autumn season winter season and the spring season and this all seasons brings certain life-changing events in our lives, and it leaves a mark on the earth and also in our minds as well.

When all these different Seasons comes there are many changes that we can see in our environment as the rainy season brings rain and much heavy water on the earth the summer season brings the hotness in our earth and winter season we usually feel cold in there also the season autumn and the spring season in the spring season the flower begins to Bloom Birds began to sing and the world wakes up to find itself once again under the care of nature.

Changes due to seasons 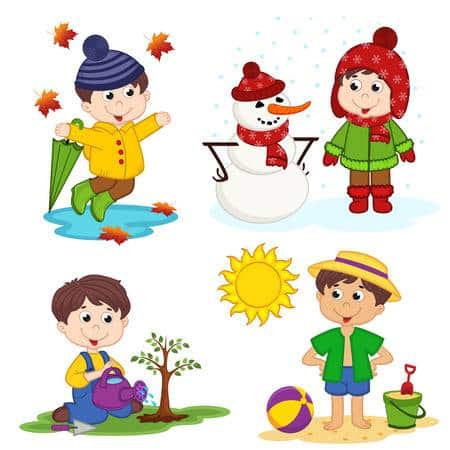 The Seasons bring the changes in the environment of our earth and all the Seasons gives a certain mark on our environment as spring Seasons gives many memories of the first flower which Bloom and also it creates a great things in our environment, and it is very beautiful and peaceful to see and be in this spring season and no one wants to end this season and after this season there is summer season in which there is totally hot in our environment as the heat of the Sun scorches the crop field and make the farmers life miserable, and the people get irritated due to the high temperature and also in this summer season students usually get vacation, and it has also been a tough time for the people in this summer season because of the heat of the Sun.

After the summer season the rainy season comes which is most helpful for the farmers to grow their crops and it is the best time for harvesting of their crops and in this weather and the whole environment looks green everything looks beautiful to see but when it rains heavy it can create more disasters, and it could be very much harmful to the farmers so people should enjoy this rainy season. After the rainy season, there is a winter season which comes and it spreads the snow all over and in this winter season, the temperature of the earth gets down and then is all over coolness.

The Seasons comes all over the year people should enjoy them as this seasons give some problems but they should take it in their way and enjoy their Seasons as there are also some Seasons like rainy season spring season which gives beautiful things to the people and also the winter season and summer season should be enjoyed by the people.

For the arrival of the spring season and many other Seasons, people usually celebrate festivals, and many festivals are being celebrated in this Seasons as well the Seasons should have been enjoyed by the people all over the world.