We all live on a planet known as earth. There is many unique things or matter present on the land which make it different from another world. If all those matters end up, no life will exist on earth.

We all should save our mother earth from any ill side, for that the slogan save mother earth is used, it motivates the other people to follow the same.

The natural quality of the mother is deteriorating day by day, so every human being must save the mother earth. The beauty of the planet is going away due to the pollution, greenhouse gases, depletion of natural resources and many more. Since 1970,22nd April of every year is observed as global earth day. Every people get inspired to protect their mother nature. There are many people who after the event take the oath for a healthy earth environment.

Why Saving The Earth 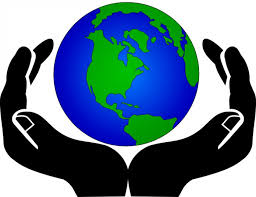 The primary issue due to which the earth has to be saved is the rise in global temperature. Also, the polar ice caps are melting rapidly, bleaching of coral reef and the greater chances of the high tsunami.

Day by day, the chances of healthy living is decreasing, due to the poor condition of mother earth. Have we ever wonder why only life exists on the planet, not on another planet, it is just because many essential components which are needed to continue growth is available only on land.

There are some selfish human being, who for their convenience, hurting the mother nature in several ways. There is a various environmental issue which is the gift of a human being to the mother earth such as pollution, chemical waste and excessive noise, cutting of trees, and many others.

Ways To Save The Earth As the population increase, the demand for employment increase and due to this the people started migrating from the remote area toward the urban cities. This migration and overpopulation lead to the bad condition of the mother earth.

To meet the ever-increasing demand of the people, human turns to deplete the natural resources and also towards te deforestation, which is the root cause of all another environmental issue.

Due to all this matter, there is an immediate growth in global warming. Due to the worldwide warming there comes the hole in the protective ozone layer.

The above all the changes which we see in the environment is an alarming sign to every human to protect the mother earth.

The government of every nation has taken the protective step for saving the mother nation. No life will be seen without the maintenance of the earth. Due to the selfish acts of the human being, our mother earth is suffering so severely. It is the duty of every human being, to protect the mother earth by following eco-friendly activities.

For any other queries about Essay On Save Mother Earth, you can leave your questions below in the comment box.