My favorite game is Kabaddi, and I love playing this game very much. My friend and I play kabaddi every day in our field made near our house.

In our school too, our sports teacher is taught to play kabaddi. Last year our team won the gold medal in Kabaddi match. My goal is to grow up and play in the Asian Games in the Kabaddi game from India. I want to be the best player in kabaddi.

About Field And Team 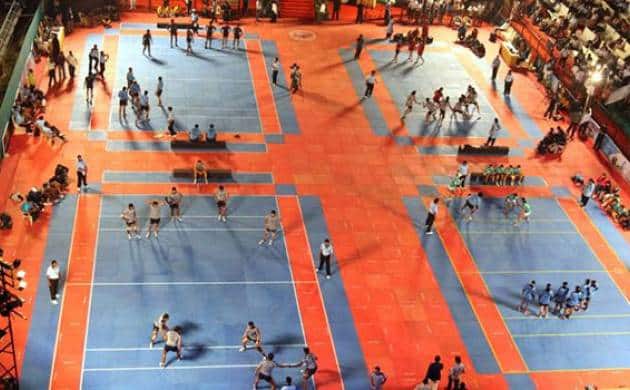 A small field is required to play Kabaddi, and two kabaddi teams are required. There are 12 players in the kabaddi team but only seven players play, and the other players are so that if a player is hurt then the other player can play in his place. Each team has 7-7 players in the kabaddi. In the middle of the field of kabaddi, a line of white color is drawn which indicates the trunk of both the teams.

Before playing the game, all the games are tossed like a coin bounce, winning team first plays. To play kabaddi requires energy and agility in the body.

The Way Of Playing Kabaddi 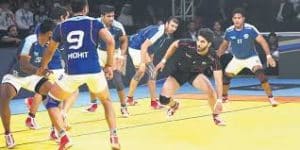 In this game, a player of one team goes to the opposition team’s kabaddi by chanting (to say a word or phrase many times again and again) the word kabaddi, and he touches opponents of the team and tries to come back to his side. If he succeeds in it, his team gets 1 point, and if he cannot do it, then the opposing team gets 1 point.

It is as difficult to play the game as simple as it sounds. Playing this game increases our blood circulation in our body, and our health is also good. This game teaches us to live in the discipline. Playing this game creates a sense of brotherhood, perhaps that is why this game has been played in India since ancient times. Kabaddi is known by different names in our country like “Chadugudu” in South India and “Hu Tu Tu” in Eastern India. 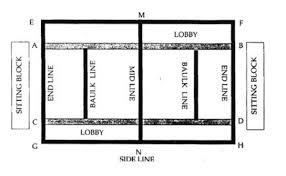 The field of kabaddi can be made of soil and grass.

Two teams are required to play this game; both teams have 7 – 7 players.

The period for playing this game is 20 minutes. Any team that makes the most points in these 20 minutes is declared victorious.

To play this game, the first toss is like the rest of the other games. The toss-winning team first plays.

The player who plays the kabaddi has to say kabaddi words while going to the other side of the team, if he forgets to speak the words of the kabaddi or if he is stuck to speak, then that player is dismissed.

The player is considered to be dismissed even when the player goes out in the Kabaddi field.

Kabaddi game is conducted by age and weight. 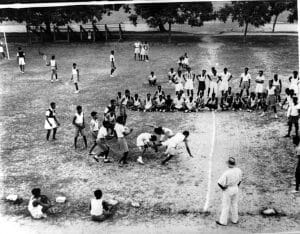 The Kabaddi game is played mainly in India and its surrounding countries, but since Kabaddi has been placed in Asian Games, this game has started playing in countries like Japan and Korea.

The Kabaddi game is as famous in India; it is also a very famous sport in Nepal, Bangladesh, Pakistan, Sri Lanka, etc. Kabaddi game is the national game of Bangladesh. But it is believed that the game of Kabaddi has originated from India only.

If you have any other questions about the Essay On Kabaddi, you can write your queries in the comments box below.