Deepavali or Diwali is a Hindu religious festival of lights. Diwali is celebrated every year in October in the autumn season.

This festival of Diwali is not only celebrated in India but in other countries also such as Fiji, Myanmar, Nepal and also in Sri Lanka.

History Of Deepavali In Hinduism 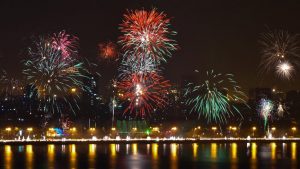 In his 14 years, he defeated the Ravana who captured his wife Sita during his exile and returned Ayodhya his birthplace. At the time of return of the Lord Rama people of the village put on lights and the diyas on all over the streets to their welcome and this significance the win of a good over the evil.

By celebrating the festival of the goddess Lakshmi, the people believe that the goddess fulfills their all wish through giving them wealth.

In these Diwali festivals, people make sweets and distribute to their neighbors and also light fireworks and spread happiness.

A Celebration Of Deepavali In Other Religions

Other than Sikh people Diwali is also celebrated in Buddhism. The Buddhist people in Nepal celebrate this festival by praising the goddess Lakshmi. 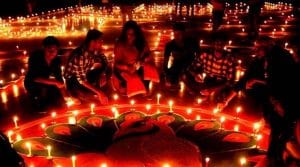 Diwali is celebrated mostly over five days. The day one is dangerous, the second day is the mark chaturdasi which is also called as the Choti Diwali.

If you have any other Questions related to Essay On Deepavali, you may ask your Queries by commenting below.