Clean India campaign is run by the government of India, and it is initiated by our honorable Prime Minister Shri Narendra Modi.

This campaign includes construction of latrine and also promoting sanitization programs in the rural areas and cleaning the roads and streets.

The clean India campaign was officially launched by the 145th birth anniversary of Mahatma Gandhi on 2nd October 2014 by Shri Narendra Modi at Rajgat.

The Government of India as being to make India clean by the year of 2019 that is the 150th birth anniversary of Mahatma Gandhi.

The people of the whole country are joining this campaign and also the small children of the school and also the teachers.

Under the clean India campaign, the chief minister of Uttar Pradesh Shri Yogi Aditya Nath has also initiated another cleanliness initiative that he has banned chewing paan, Gutka, and other tobacco products. In India before the cleanliness was not given a priority. The main problem was the defection of people in open places which lead to many problems by the year 2017 India was with the highest number of people practicing defecation in open places.

The Government of India has launched the sanitization portal campaign on 1st April 1999 which reduce defecation in open places to a lesser extent, and in 2012 it was renamed as Nirmal Bharat Abhiyan by Prime Minister Manmohan Singh.

After this campaign, a swachh Bharat Abhiyan campaign was launched by Prime Minister Narendra Modi on 2 October 2014 in New Delhi.

The clean India campaign adds various effect on the peoples of India and also lead the development of the country.

The biggest ever positive achievement of the clean India campaign was that it had changed the attitude of Civic sense orientation of the kids and the parents.

It also had helped in the development of the public toilets in the city and town and various other places, and it also has increased in the number of toilets in India.

Clean India also has engagement people in the work of getting the India clean and also it has increased the employment of the peoples.

The several States have shown improvement in the cleanliness, and also it has taken feedback for the cleanliness of the state to the polls conducted by clean India for the citizens of that state. 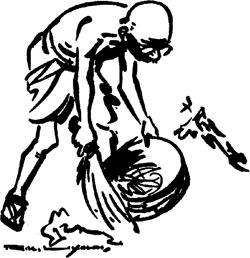 Clean India campaign has been financed by the government of India. The Government of India has also helped in constructing private toilets by the family for the house by providing them some incentive for the toilet.

The International Monetary Fund provided a lot of support to India by 25 millions of dollars for the swachh Bharat Abhiyan.

This clean India campaign has also received funds and also technical support from the World Bank.

For any other queries about Essay On Clean India Campaign, you can leave your queries below in the comment box.