Global warming is a major environmental issue that we are facing today as the biggest challenge that we need to resolve it permanently. In fact, global warming is a continuous and steady process of increasing the Earth’s surface temperature. It should be widely discussed by all countries around the world to prevent its effects. 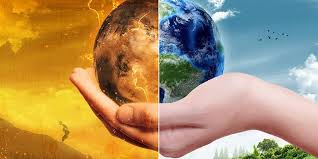 Statistically, it has been estimated that the Earth’s temperature has risen to a great level due to increasing atmospheric greenhouse gas concentrations globally. The release of these harmful gases varies according to natural and industrial processes, including photosynthesis and oxidation cycles. Methane is another greenhouse gas release into the atmosphere by anaerobic decomposition of organic materials. The effects of global warming have been very evident in recent years due to increasing sources of global warming. According to the Geological Survey, massive climate change is making hurricanes more dangerous climate.

Natural storms are becoming so strong by taking energy from the temperature that the changes in climate is been seen like, cold upper atmosphere and warm tropical oceans. Many awareness programs are conducted to reduce global warming and many ideas have been implemented by government agencies, business leaders, private sectors, NGOs, etc. Some losses through global warming are non-refundable.

Reducing the level of the burning of coal and oil, the use of transport equipment, the use of electrical equipment, etc. can reduce global warming to a great extent.

We should immediately try to reduce the emission of greenhouse gases in the atmosphere to solve the problem of global warming.