India is the country which got its independence in 1947 but before that there was also so many difficulties which India has faced and we should never forget the sacrifices and hard work which was done by the great leaders of our country. Whenever we talk about the independence of India the first name which comes in everybody’s mind is Mohandas Karamchand Gandhi. He was also known as Bapu in India.

He is the father of the nation, he is one of the very much respected freedom fighters we have in India. Apart from Mahatma Gandhi there are several fighters who sacrificed their life just for the independence of India. Now if we talk about the history of India well there was saying that India is a golden bird because there was nothing which you can’t get in India. It was a place of market where the people used to come from all over the world.

India was a country in which the people used to stay in the rule of territory. Every Territory is different from other and they have a separate king and their different rules. So it was very important to understand how the country called as the golden bird came into this kind of crap. After a long time when India was ruled by the Indian Kings there were few kingdoms who were ruled by the moguls. Slowly slowly the quantity of their army got increased and they almost captured the whole India and for a very long time they ruled India.

Well there were so many fighters at that time to fight against the Mogul and never surrendered in front of them they fought till the last breath in their body but never thought to give up. 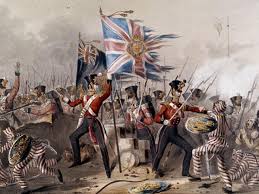 After the moguls in the Britishers came to India to rule the India, almost for 200 years they rule on India. They took whatever they want to and never used to pay back for it, even the kingdoms which were still free from the rules and regulations of British they also have to come into their control because they were having idea which was very much used in their rules.

Well the idea was to divide and rule and the Britishers were very much smart to understand that Indians can be rule only by dividing them if they are united it was never possible to rule them so they started the organisations from which they could divide and rule. You must be thinking after so many rules India could not survive but India was the country who came out of all this and started working on their mistakes. Their first mistake was none other than get in the trap of the British the concept of divide and rule was clearly shown by the educated people of India and slowly they understood that we should not follow the rules and regulation of British.