The Baisakhi Sikh is one of the main festivals of the community. It is a symbol of the beginning of the new year for them, and it is celebrated in the celebration of crops. Many people of the Hindu community celebrate this day for the same reason all over the country.

However, the name of this festival varies from region to region. Like other Indian festivals, Baisakhi also unites people. Meetings are organized, temples and gurdwaras are decorated with lights and flowers, people wear the dress of ethnic apparel and enjoy good food.

There are many places in the world were Baisakhi celebrated with joyful and happy. Countries like Pakistan, Canada, US, UK, etc. were Indian people live. 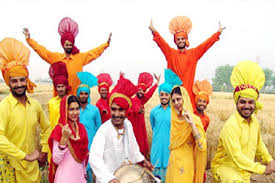 A lot of historical places of Sikhs have been recognized in Pakistan, one of which is said to be the birthplace of Guru Nanak Dev, and they attract Sikhs and Hindu pilgrims every year on Baisakhi day.

Until the 1970s, this festival was celebrated with enthusiasm by local people. After the harvesting of wheat, the fair of Baisakhi was organized in Lahore. However, after the introduction of Zia-ul-Haq in the 1970s, it was all over Recently, the Pakistan Muslim League banned the flying kite although there are still Baisakhi fairs in many Pakistani areas and some other places. 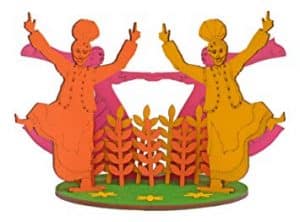 There are many Sikhs in Canada, and they celebrate the festival of Baisakhi with great enthusiasm. This is one of the main festivals for them. On this day, the town kirtan is organized, and a large number of people participate in it. Manhattan and Los Angeles are two such cities in the United States where the festival of Baisakhi is celebrated with great enthusiasm.

People in Manhattan feed free meals on this day and contribute to various tasks to improve society. Kirtan is organized in Los Angeles, and procession is organized to celebrate this festival. It is organized in coordination with Birmingham City Council. The towns begin with the gurdwaras in Kirtan city and end in the Baisakhi fair held at Handsworth Park. This year, Sadiq Khan, the London Mayor, was seen participating in the Baisakhi parade of the gurdwara located in Southall.

For any other queries about the Essay On Baisakhi, you can leave your queries below in the comment box.