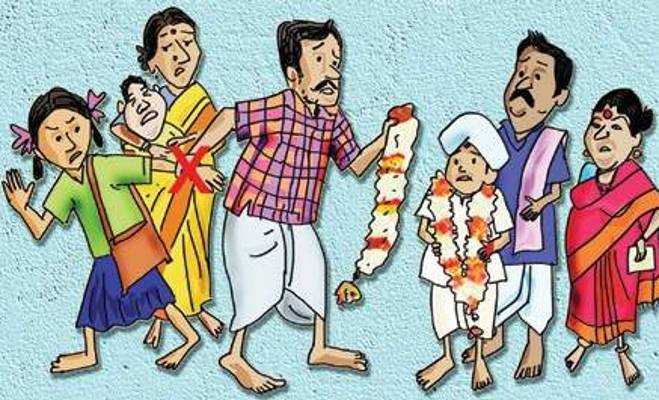 Child marriage is an act in which the young children at their small age get married. Sometimes the age of the girl is usually less, and she is married to an adult man.

The individuals give privilege to child marriage due to illiteracy, and they are not aware of the effects of child marriage on them and their small children.

According to this act, the individual who conducts child marriage shall be punished with simple imprisonment of 3 months and fine or left unless he had a reason for the child marriage. After child marriage both the child has problems with health issues due to there early marriage and have more risk of getting a shorter life.

In child marriage, the girl bears a child at the early age and the infant born has 75% of the higher risk to survival and more likely to have low birth weight and more risk of getting diseases.

The girls get married at a younger age are more likely to experience violence, and domestic abuse in their family and this violence make calls stress on the girl, and she might go into depression.

Child marriage also leads to illiteracy as the children do not go to school after their marriage and the leave an unhappy life due to did not get employment opportunities and did not have knowledge about the external world and how to deal with the danger life situations. 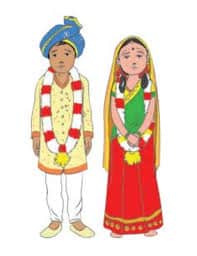 Sometimes the parent gets ready for child marriage when they get a threatening from other parents for the marriage of their children. The common cause of child marriage is the illiteracy of the parents of the child. Child marriage is illegal in India under the act of Child Marriage Act of 2006 this law states that it is a crime and also to allow or encourage child marriage and it is a duty of the parents that day stop that child from getting married in their early age.

But now also there are practices that child marriage is done in which the parents of the two children arrange a future marriage, and the boy and girl do not meet each other until they get to the age of maturity.

For any other queries about the Article On Child Marriage, you can leave your queries below in the comment box.